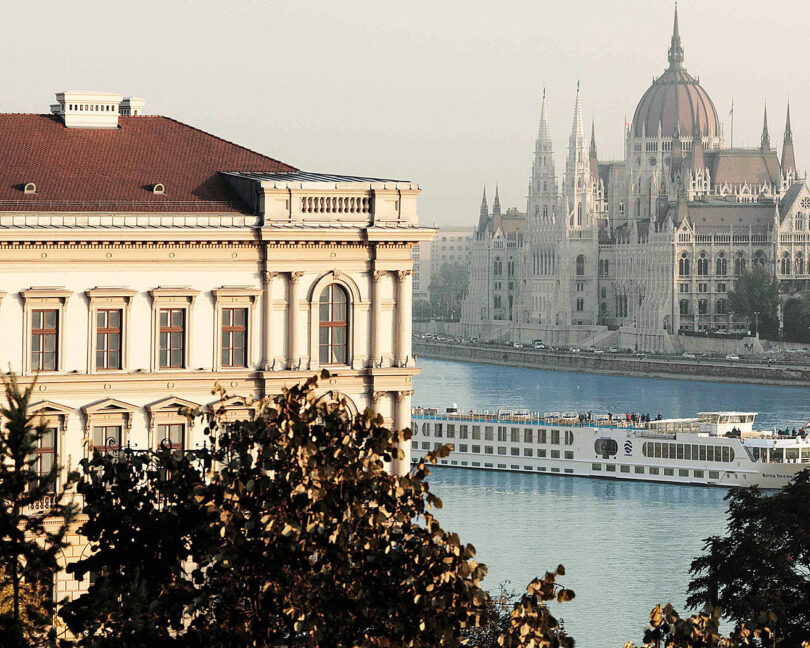 From coastlines to cities, medieval villages to Royal Parks, urban art tours to Champagne cellars, leading luxury hospitality company Four Seasons Hotels and Resorts launches the latest iteration of its popular Scenic Route – captivating journeys into the heart of eight of European destinations. A reminder that life is as much about the journey as the destination, this year’s immersive offerings are inspired by travellers’ desires to make the most of every vacation moment and view each destination through a unique local lens. Designed to be enjoyed in one leisurely day – or as part of a longer jaunt – each route can be customised to include bespoke experiences.

“The past few years have reminded us all of the importance of taking the time to pause and notice the details around us,” says Simon Casson, President, Hotel Operations – Europe, Middle East and Africa. “This notion of slowing down and enjoying the journey is what inspired the creation of the Scenic Route with Four Seasons, and this latest offering is all about celebrating heartfelt connections with the places we visit and the people we encounter.”

A Gastronomic Adventure in Paris

Journey to the heart of French heritage and gastronomy with Four Seasons Hotel George V, Paris. Be one of the first to tour Europe’s largest private collection of French Art Nouveau at Maison Belle Époque – the former house of the founders of Perrier-Jouët, opening its doors for the very first time, exclusively to guests of Four Seasons Hotel George V, Paris. Meander the longest wine road in France’s Loire Valley – with vineyards dating back to the Middle Ages – under the tutelage of a Four Seasons Vice-Sommelier. Sip and taste through the renowned wine districts of Orléans, Meung-sur-Loire and Sully-sur-Loire., or the incredible kitchen garden of Chef Simone Zanoni. Marvel at centuries of history at the Palace of Versailles and Château de Fontainebleau, before soaking up the romance of a River Seine cruise at sunset. And with five Michelin stars between the Hotel’s three restaurants, there’s plenty to seduce travellers back to Four Seasons culinary embrace in the city of love.

Whether being awed by a private viewing of the Crown Jewels at the Tower of London, celebrating the Queen’s Platinum Jubilee, or sipping afternoon tea in Kew’s leafy Royal Botanic Gardens, tradition and glamour flank every step between Four Seasons Hotel London at Park Lane in prestigious Mayfair and Four Seasons Hotel London at Ten Trinity Square in the heart of the buzzing city.   Soak up the centuries at landmarks such as Big Ben and the Houses of Parliament. Expand horizons at the Tate Modern. Discover hipster bars and fashion at Old Spitalfields Market or take a shopping stroll down Savile Row. Go gastronomic at Borough Market, one of the city’s oldest foodie destinations, or take a day trip to lavish Highclere Castle, made famous by the Downton Abbey television series and films. At the end of each all-encompassing day, retreat to a Four Seasons sanctuary for away-from-it-all relaxation.

An Artful Immersion from Madrid to Lisbon

Feast on colour, creativity, and culture while discovering Four Seasons Hotel Madrid and Four Seasons Hotel Ritz Lisbon. In Portugal’s hip capital, cruise winding streets on a vintage moto-sidecar for an Underdogs Gallery contemporary art tour. Learn the skill of Portuguese tile painting at century-old factory-studio Viúva Lamego – whose artisan tiles can be found in the Hotel itself. Join in-the-know Madrileños for a sizzling flamenco performance or master the basics during a private lesson. While traversing the mountainous Iberian Peninsula, uncover the medieval majesty of 14th century Reguengos de Monsaraz, explore the UNESCO Roman ruins of Mérida, and feast on melt-in-the-mouth jamón Ibérico in its birthplace, Badajoz. Whether deep diving into the local art scene or exploring the connecting peninsula, every itinerary is a fiesta of discovery.

Riverside Grandeur from Prague to Budapest

Travel is as much about stepping back as moving forward, as revealed by the enchanting castles, mesmerising music, centuries-old Archabbey, winery and botanical herb garden that lie between the picturesque Four Seasons Hotel Prague and Four Seasons Hotel Gresham Palace Budapest. Observe the ancient art of Bohemia crystal glass-making in Prague – and glass-blowing – before exploring Czech modern architecture at Villa Tugendhat. Take in the watery charms of Prague’s Vltava River on a traditional wooden boat or witness Budapest’s lights twinkling to life with a sunset speedboat ride – James Bond style – on the Danube. Sip exquisite Hungarian wines during a private picnic in lush winery gardens just outside Budapest, then dive into the city’s contemporary art scene at the thrillingly on-trend Art Factory.

Magic Among the Minarets in Istanbul

Istanbul’s iconic minarets and towers shade an abundance of cultural treasures, from a private tour of the antique-filled yalı (waterside home) of world-renowned designer and art historian Serdar Gülgün, to full-body recalibration in a traditional Turkish hammam. Joining the Scenic Route for the first time this year, Four Seasons Hotel Istanbul at the Bosphorus encompasses all the elegance of its waterfront namesake – the scenic strait that links Europe to Asia. Feast on Turkish delicacies and explore the art galleries in lively harbourside neighbourhood, Karaköy. Bask in the golden light of a private sunset yacht cruise along the Bosphorus. Wander the hidden streets and treasure-filled antique shops of Balat. Head to the Galata Tower for soaring views over the multi-layered city below or catch a brightly coloured tram along Istiklal Street and absorb the organic delights of Turkey’s most enticing shopping destination.

Take the Scenic Route and explore with Four Seasons:

Speak to each Hotel’s Concierge for more insider tips or to book via the links above.

Travellers are also invited to tag their road trip adventure photos on social media with #FSScenicRoute for a chance to be featured on the property Instagram channels.

Founded in 1960, Four Seasons Hotels and Resorts is dedicated to perfecting the travel experience through continual innovation and the highest standards of hospitality.  Currently operating 124 hotels and resorts and 50 residential properties in major city centres and resort destinations in 47 countries, and with more than 50 projects under planning or development, Four Seasons consistently ranks among the world’s best hotels and most prestigious brands in reader polls, traveller reviews and industry awards.