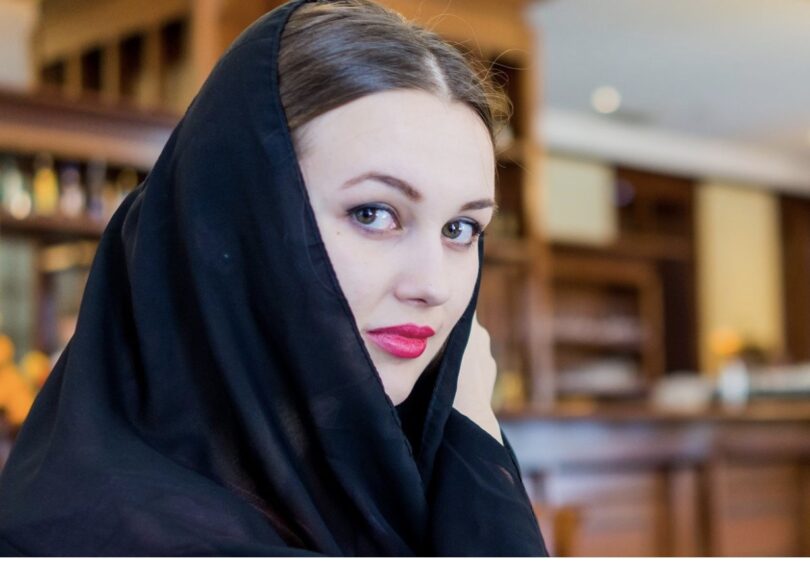 Maya Margit of the Media Line in Israel provided eTurboNews with her article on Saudi Tourism saying;

Saudi Arabia is set to spend over $1 trillion in tourism in the coming decade in a bid to attract 100 million visitors by 2030 and diversify its primarily oil-based economy.

The kingdom is pivoting from religious to leisure tourism, which it views as being a key sector in its Vision 2030 program that aims to modernize the country’s economy, according to a special report recently published by Entrepreneur Middle East in partnership with Lucidity Insights.

Erika Masako Welch is the chief content officer of special reports for Entrepreneur Middle East and helped put together the report. She told The Media Line that Saudi Arabia is hoping to become a global tourism leader.

“Working [women] are entering the workforce at breakneck speed,” Masako Welch said. “Ten or 15 years ago, you had maybe 5% of the Saudi female population in the workforce and now it’s 34%. That’s a lot of jobs that young Saudis are vying for, and those jobs wouldn’t exist unless brand new industries in tech and tourism were being developed.”

Earlier this month, Saudi Arabia announced that it had signed up Argentinian soccer great Lionel Messi to be its new tourism ambassador. After arriving in the kingdom for Jeddah Season, an art and culture festival, Messi uploaded a sponsored Instagram post from a yacht in the Red Sea with the hashtag #VisitSaudi.

Leisure tourism accounted for 55% of all global travel in 2019, according to Masako Welch’s report, which was sponsored by Saudia Airlines. Saudi Arabia has mainly relied on religious visitors – who undertake the Hajj and Umrah pilgrimages – and is presently building up its leisure portfolio from scratch.

“They’re not completely new to welcoming outsiders but they’re new to welcoming everyone,” she said. “Before it was just Muslim pilgrims, which is a big business. That by itself has catapulted Saudia Airlines to make it just as big as British Airways.”

Masako Welch recently visited the kingdom to get a better idea of how their tourism industry has developed and said she noticed a “huge difference” in terms of infrastructure development, road works, and airports from just a few years ago. Among the top attractions under development are holiday packages in Al’Ula, a Grand Canyonesque locale in the kingdom’s northwest and UNESCO World Heritage site.

Still, tourism in Saudi Arabia is very in its infancy and can be quite pricy for the average traveler.

“In Dubai, I know what I’m going to get, but in Saudi Arabia, it feels like you spend a lot more and you’re not really getting that service that you get globally,” Masako Welch said.

Other countries in the MENA region are also trying to shore up their tourism sectors. According to research conducted by D/A, a Dubai-based consumer intelligence company, the United Arab Emirates remains the most popular destination in that regard, followed by Saudi Arabia, Kuwait, Egypt, and Qatar. Dubai alone attracted nearly 17 million visitors in 2019.

Experts believe that Saudi Arabia holds the potential to become a significant player as it takes aim at travelers from every segment of the market. This could “pose a threat” to other tourist destinations in the region.

“It is a market with amazing opportunities; they have the space, the history, deep pockets, and most importantly a plan that they are absolutely committed to,” Faisal Khan, vice president of Sila and D/A Labs, told The Media Line. “I haven’t seen any entity as committed to a vision and a plan as is Saudi.

“Religious restrictions are a thing of the past and they’ve come a long way and continue to reshape the image global visitors perceive of them,” he added.

The kingdom may be undergoing a shift in public perception as a tourism destination, but it was not until 2019 that visas began to be issued to travelers wishing to visit the country for reasons other than religious pilgrimage or business.

Nevertheless, it is important to note that Saudi Arabia remains deeply religious, and some restrictions might make some Western travelers think twice before jumping on the next flight. Namely, significant issues remain in terms of gender disparity, alcohol is illegal, and modesty laws are required for locals and visitors alike.

Women should generally wear loose-fitting clothes, refrain from showing skin above their knees or elbows, and men should avoid going shirtless or sleeveless. Clothes that are considered offensive can result in fines. Public displays of affection are also a no-go.

Moreover, the city of Mecca – considered to be the holiest city in Islam – is off-limits to non-Muslims.

“There are several destinations around the world that can pose an ethical dilemma to would-be travelers,” Sarah Faith, content and communications manager at Responsible Travel, told The Media Line. “Saudi Arabia is one of them. It is home to one of the world’s most oppressive regimes if you are a woman or LGBTQ, it has no free speech, a terrible human rights record, and is the second-largest producer of fossil fuels globally.”

Despite this, Faith believes it is still possible to travel there.

“If you do travel to Saudi Arabia, pick a tour which allows you to meet local women and support female-run businesses, which have been on the increase since a ban on them was lifted in 2018,” she said.

Juergen Thomas Steinmetz has continuously worked in the travel and tourism industry since he was a teenager in Germany (1977).
He founded eTurboNews in 1999 as the first online newsletter for the global travel tourism industry.