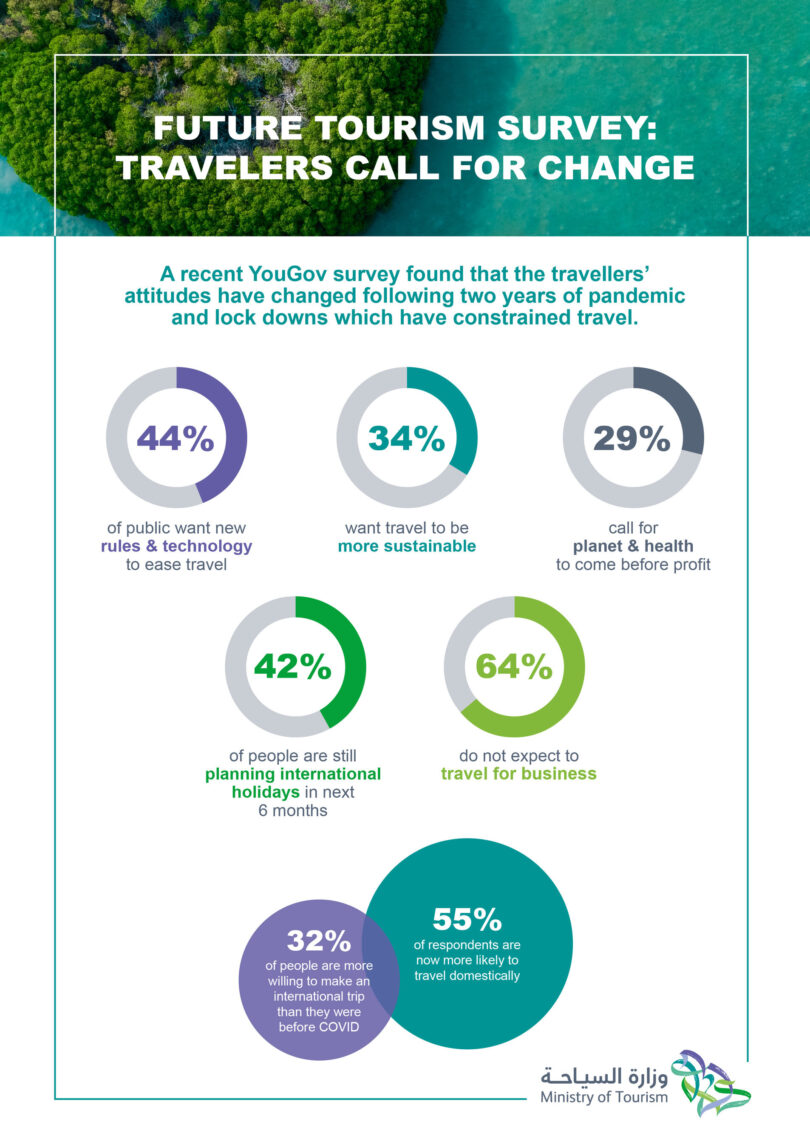 A survey on the future of tourism was just concluded by YouGov.

Only 13,839 people were surveyed across 11 countries. It’s not clear how these people were selected. It’s also not clear if people are industry professionals, consumers, income, etc. The survey however was paid for by the Saudi Arabia Ministry of Tourism to be presented at the upcoming meeting of the UNWTO Executive Council in Jeddah on June 7 and 8.

Missing in the survey are many major markets in the Gulf Region, European Union. Not considered were Canada, the Caribbean, South America, Australia, ASEAN members, and all of Africa.

In the markets surveyed only 1000 people age 18 and older were selected, except for Germany and the UK with 2000.

Compared with before the pandemic:

Over the next 6 months those surveyed predict the future of travel:

World Tourism Network indicated this survey is interesting and a good discussion point for UNWTO, but does not even remotely represent a complete picture.